Warning: date(): It is not safe to rely on the system's timezone settings. You are *required* to use the date.timezone setting or the date_default_timezone_set() function. In case you used any of those methods and you are still getting this warning, you most likely misspelled the timezone identifier. We selected the timezone 'UTC' for now, but please set date.timezone to select your timezone. in /home/thcfinder.com/public_html/includes/functions.php on line 98
 Pot DUI bill advances in Colorado House | News Marijuana Blog | THC THC Finder

Category: News | Posted on Tue, March, 22nd 2011 by THCFinder
DENVER (AP) — A proposal to set a blood-content threshold to charge marijuana users with driving under the influence advanced in the Colorado House Tuesday, after lawmakers argued over what would be an appropriate limit.
The measure would allow prosecutors to charge drivers with DUI if they test positive for a THC level of 5 nanograms or more per milliliter in their blood, a level that has angered some medical marijuana users but that would the most liberal in statute in the country. THC is the psychoactive ingredient in marijuana.
The bill comes as medical marijuana in Colorado continues to skyrocket and lawmakers worry about the possibility of people driving impaired. The County Sheriffs of Colorado and the Colorado District Attorney's Council support the bill and say it's no different than setting a limit for what for what is considered too drunk to drive.
But advocates for medical marijuana use have pushed back, saying some daily users of the drug may develop tolerance levels that may allow them to drive safely and that they would be unfairly punished by a 5-nanogram level. Medical marijuana users also say they hope the blood test alone will not be the only factor in convicting drivers, and that suspects will be allowed to present evidence to rebut the case against them. 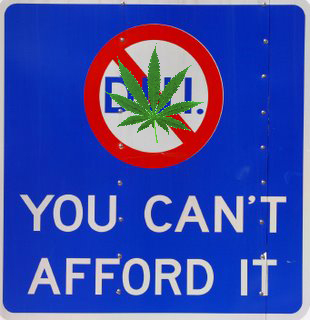 Rep. Claire Levy, a Democrat from Boulder who is co-sponsoring House Bill 1261, tried to ease concerns from medical marijuana users by suggesting that the limit be increased to 8 nanograms. But her amendment drew sharp criticism from the bill co-sponsor, Republican Rep. Mark Waller of El Paso County, who said 5 nanograms was a fair limit considering some experts had suggested that 2 nanograms would be fine, too.
Another lawmaker, Republican Rep. Bob Gardner, was so upset at Levy's proposed change that he suggested lowering the limit further to 2 nanograms. Republican Rep. Tom Massey of Poncha Springs, broke some of the tension.
"I can't remember what I was going to say but I'm hungry," he joked.
Levy opposed making the nanogram limit stricter.
"I think we really would run the risk of being very over inclusive and arresting and convicting people who are not impaired," Levy said.
Lawmakers approved a 5 nanogram level in the end and the bill faces a final vote in the House before it goes to the Senate.
(Source)
Comments