Warning: date(): It is not safe to rely on the system's timezone settings. You are *required* to use the date.timezone setting or the date_default_timezone_set() function. In case you used any of those methods and you are still getting this warning, you most likely misspelled the timezone identifier. We selected the timezone 'UTC' for now, but please set date.timezone to select your timezone. in /home/thcfinder.com/public_html/includes/functions.php on line 98
 Uruguay to Sell Marijuana Cigarettes in Attempt to Combat Black Market THC Finder 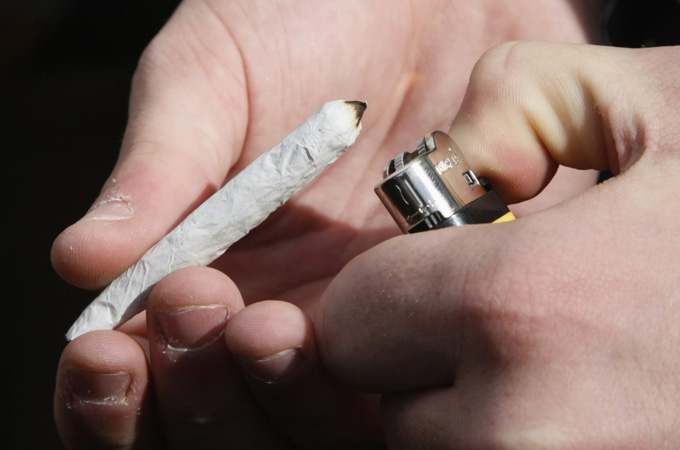 In a bid to stamp out organized crime in the country, Uruguay has legalized the sale of about 20 marijuana cigarettes a month to its citizens.
Users will be able to buy 40 grams – or 1.4oz – a month, about enough to roll up 20 joints and the sale will be regulated by the state with the dope being sold at a market price of around $34.
To regulate their purchases, smokers will be given a card with a barcode that keeps track of the amount of pot each person purchases.
Uruguayan President José Mujica, who previously announced plans to grow up to 150 hectares of mariajuana for sale to users, said that his government hopes to eliminate the black market trade in pot – and related violence - by implementing this measure.
We are losing the battle against drugs and crime in South America. Somebody has to be the first.
“The negative effects of consuming marijuana are far less harmful than the outbreak of violence associated with the black market,” added Interior minister Eduardo Bonomi
Read more: http://latino.foxnews.com/
Comments