Warning: date(): It is not safe to rely on the system's timezone settings. You are *required* to use the date.timezone setting or the date_default_timezone_set() function. In case you used any of those methods and you are still getting this warning, you most likely misspelled the timezone identifier. We selected the timezone 'UTC' for now, but please set date.timezone to select your timezone. in /home/thcfinder.com/public_html/includes/functions.php on line 98
 President Barack Obamas Cannabis Industry Statements Mark Historical THC Finder 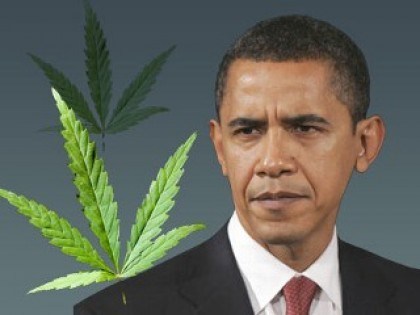 President Obama, in an interview with Barbara Walters of ABC News on December 13, 2012, stated, “It would not make sense for us to see a top priority as going after recreational users in states that have determined that it’s legal.”  Colorado Governor John Hickenlooper proclaimed Amendment 64 as amending the state constitution on December 10, 2012 just days after Washington State Initiative 502 formally became law, legalizing the recreational use of cannabis.
CNBC estimates that the Cannabis industry is a $40 Billion dollar a year business. Internal estimates illustrate the Cannabis industry is closer to $73 Billion a year, with some industry estimates placing it over $100 Billion.  There are now 18 states that have some type of legal Cannabis Program, along with several countries including Canada, the Czech Republic, and Israel.
Read more: http://www.dailymarkets.com
Comments