Sudan’s conflicted western region of Darfur has receded from the headlines since the wave of global concern about the genocide there a decade ago. But horrific violence in the stark desert region continues—and there are signs that Sudan’s regime is resorting to the tried-and-true tactic of using drug enforcement as a rationale for counterinsurgency.

RSF commanders said their troops seized two vehicles loaded with hashish after a gun-battle with smugglers on October 31. Security forces displayed tons of seized hashish to reporters at an RSF camp in Khartoum, Sudan’s capital. Dozens of blue plastic sacks full of hash were shown, with some bricks of the stuff spread out on a carpet.

More than a year after voters approved a measure to allow social cannabis clubs in the city of Denver, the city has finally received its first application, as a local coffee shop aims to be the nation’s first legal marijuana club.

According to Dan Rowland, a spokesperson for the Denver department that regulates marijuana businesses, the Coffee Joint submitted Denver’s first-ever application to open a bring-your-own pot shop.

The shop, which is still currently under construction, is set to open in a light industrial area off Interstate 25.

Co-owners Rita Tsalyuk and Kirill Merkulov say that construction of the local coffee shop is almost complete. If approved for a license, the duo plans to charge a $5 entry fee, and customers would be allowed to use vape pens or edible cannabis products. According to Tsalyuk, the shop would also sell food, host events and provide free coffee or tea to its patrons.

Marijuana Is The Next Big Investment, But Here's Why Most Investors Will Have To Wait 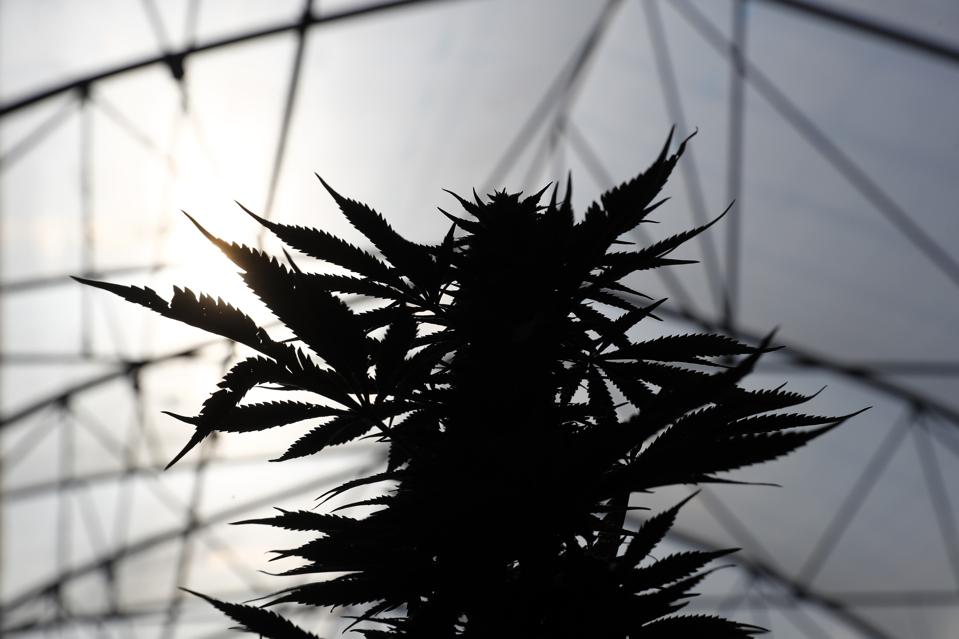 California is one the latest states to legalize recreational marijuana. With Proposition 64 going into full effect on Jan. 1, 2018, we could be one step closer to new federal regulations, which would make investment opportunities in the marijuana industry more accessible to everyone.

Cannabis-related businesses constitute one of the fastest growing industries in the United States. The medical marijuana market alone was worth $4.7 billion in 2016 and is expected to grow to $13.3 billion by 2020. Meanwhile, adult recreational sales amounted to $2.6 billion in 2016 and could reach $11.2 billion by 2020. With promising revenue and expansion across states, industries and product offerings, the marijuana industry has beccome an attractive opportunity for investors.

Now that more states are starting to get in on the Green Rush, more business owners and growers are making their love of the plant public. Marijuana industry hopefuls find themselves making what might be the most important decisions of their lives. Or at least, of their career aspirations. They are considering the possibility of completely uprooting their lives to follow the green. Literally.

Real estate agents and other professionals in the field have noticed a recent boom in the demand for suitable spaces for those in the legal cannabis industry. While it would be understandable to think that the spaces in demand are storefronts, this is not actually the case.

Colorado’s legal pot industry is still considered relatively green (pun intended), but, like most lucrative industries, it’s already seen its fair share of foul play. None bigger, perhaps, than in the case of one Scott Pack, a cannabis entrepreneur who is currently under investigation for what one attorney calls “the largest fraud case in the history of Colorado’s marijuana industry.”

Pack’s story serves as a cautionary tales of sorts for those looking to invest in Colorado’s burgeoning legal cannabis industry.

Scott Pack’s legal woes began in April, after two investors, Pierre and Christophe Raygot, claimed they were coaxed out of a cool $500,000 by Pack, his father, Michael, and Rudy Saenz, a hedge fund manager at Pack’s company Harmony & Green.

One year following an FBI pot sting in a family restaurant parking lot, a Dearborn Heights man who was stung in the setup pleaded guilty to bribing Garden City officials for help with growing a medical marijuana business.

Specifically, Ali Baydoun, 52, was charged with conspiring with two others to bribe public officials in order to obtain authorization to open a medical marijuana dispensary in Garden City, and for a plant grow.

In U.S. District Court today, Baydoun admitted that on Dec. 2, 2016, he along with two associates delivered an evenlope containing $15,000 in cash bribes to a Garden City official. The money was to be divided into three bribes of $5,000 for three Garden City officials.