Warning: date(): It is not safe to rely on the system's timezone settings. You are *required* to use the date.timezone setting or the date_default_timezone_set() function. In case you used any of those methods and you are still getting this warning, you most likely misspelled the timezone identifier. We selected the timezone 'UTC' for now, but please set date.timezone to select your timezone. in /home/thcfinder.com/public_html/includes/functions.php on line 98
 Feds Imagine Marijuana Growers Will Launch Terror Attack? | Odd THC Finder

Northern California pot growers bomb a car and a bus, then take over Shasta Dam in a bid to free an imprisoned comrade. It sounds like the plot to a very cheesy Grade-B thriller, but it was actually the premise for a day-long terrorist attack drill conducted by 20 state, local, and federal law enforcement agencies Wednesday. 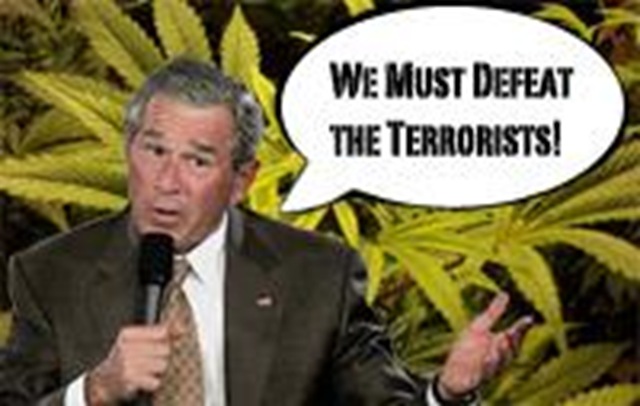 According to an account published in the local paper theRedding Record Searchlight, the Shasta Dam scenario had the "Red Cell" pot grower/terrorists blowing up the car and bus to create a distraction and then taking over the dam. Holding three people hostage, the terrorist pot growers then threaten to flood the Sacramento River by opening the flood gates unless their imprisoned comrade is freed.

The drill was part of the US Bureau of Reclamation's Critical Infrastructure Crisis Response Exercise Program, which started in 2003. It identified six dams, including Shasta, the nation's second largest, as possible terrorist targets. Similar exercises took place at Utah's Flaming Gorge Dam in 2003, Washington's Grand Coulee Dam in 2005, and Hoover Dam on the Arizona-Nevada border in 2008. But none of those exercises identified pot growers as the putative terrorists.

According to bureau spokesperson Sheri Harral, the drill took 18 months of planning and cost the bureau $500,000. The other emergency and law enforcement agencies that participated paid their own expenses.