Warning: date(): It is not safe to rely on the system's timezone settings. You are *required* to use the date.timezone setting or the date_default_timezone_set() function. In case you used any of those methods and you are still getting this warning, you most likely misspelled the timezone identifier. We selected the timezone 'UTC' for now, but please set date.timezone to select your timezone. in /home/thcfinder.com/public_html/includes/functions.php on line 98
 It Turns Out That Smoking Marijuana May Actually Make You A Safer THC Finder 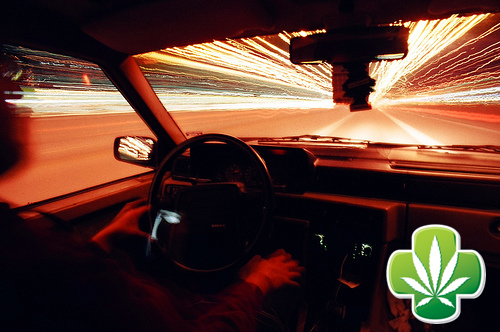 Regardless of what this study may show, it's probably in your best interest to NOT drive under the influence of anything!
An amazing study authored by professors D. Mark Anderson (University of Montana) and Daniel Rees (University of Colorado) shows that traffic deaths have been reduced in states where medical marijuana is legalized.
According to their findings, the use of medical marijuana has caused traffic related fatalities to fall by nearly nine percent in states that have legalized medical marijuana (via The Truth About Cars).
The study notes that this is equal to the effect raising the drinking age to 21 had on reducing traffic fatalities.
One key factor is the reduction in alcohol consumption. The study finds that there is a direct correlation between the use of marijuana and a reduction in beer sales, especially in the younger folks aged 20-29.
A drop in beer sales supports the theory that marijuana can act as a substitute for liquor.
The study also finds that marijuana has the inverse effect that alcohol does on drivers. Drivers under the influence of alcohol tend to make rash decisions and risky moves, whereas those under the influence of marijuana tend to slow down, make safer choices, and increase following distances
(Source) http://www.businessinsider.com
Comments