Warning: date(): It is not safe to rely on the system's timezone settings. You are *required* to use the date.timezone setting or the date_default_timezone_set() function. In case you used any of those methods and you are still getting this warning, you most likely misspelled the timezone identifier. We selected the timezone 'UTC' for now, but please set date.timezone to select your timezone. in /home/thcfinder.com/public_html/includes/functions.php on line 98
 Cops: Man steals pot from police because 'it smelled so good' | Odd THC Finder

Cops: Man steals pot from police because 'it smelled so good' 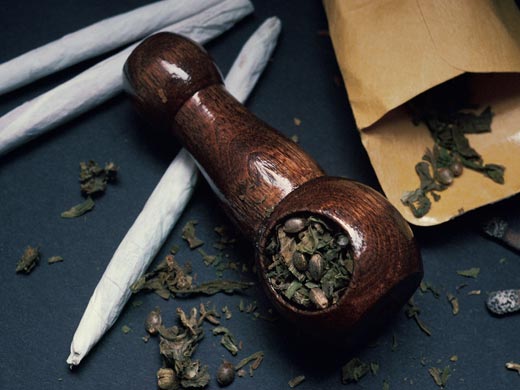 A man in Pennsylvania who was arrested Saturday for allegedly stealing a bag of marijuana from a police station says he did so because he couldn’t resist the drug’s aroma.
Kimball noted in the police report that at one point during their conversation, Thompson followed Kimball into a patrol room where the weed was sitting on a counter. Kimball then escorted Thompson back to the original room. After Thompson left the station, Kimball went back into the patrol room and noticed the bag of pot was gone.
Kimball searched the desk and asked other officers about the evidence but found no trace of the weed. Another officer tracked Thompson down outside the police station, asking him, “What did you do with the weed?”
Thompson held out his left hand and placed the bag in the officer’s hand, according to the affidavit. Police arrested Thompson and said they also found a suspected marijuana pipe in his pocket.
Police said that back at the station, Thompson apologized repeatedly, telling police, “I just couldn’t help myself. That bud smelled so good.” He also reportedly told police he couldn’t believe he was in trouble for “taking a little bit of weed,” especially since he had stopped by to give them information.
Source: http://usnews.nbcnews.com
Comments