Warning: date(): It is not safe to rely on the system's timezone settings. You are *required* to use the date.timezone setting or the date_default_timezone_set() function. In case you used any of those methods and you are still getting this warning, you most likely misspelled the timezone identifier. We selected the timezone 'UTC' for now, but please set date.timezone to select your timezone. in /home/thcfinder.com/public_html/includes/functions.php on line 98
 Pro-marijuana candidate tries to lure potential voters with pot THC Finder 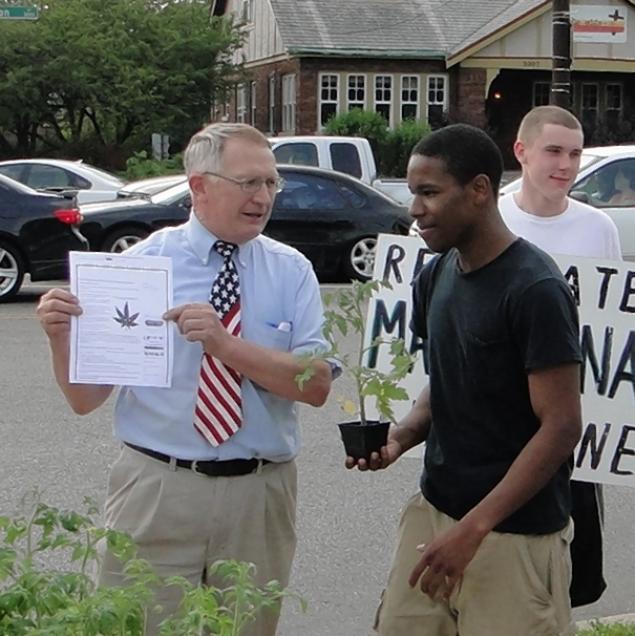 Jim Berns staged the stunt to publicize his intent to 're-legalize marijuana.'
A Cincinnati mayoral candidate who promised to give away marijuana plants left customers dissatisfied when they received tomato plants instead of pot.
Libertarian Jim Berns tried to woo voters with the ploy Wednesday, part of his platform calling for the legalization of the drug in Ohio.
Around 30 supporters, mainly college aged, showed up to support the candidate and dozens of people reportedly lined up to receive their plant at a city park.
Wearing an American Flag tie, the political hopeful was photographed handing out the small shrub and distributing fliers about his crusade to re-legalize the drug.
"We support people deciding themselves to smoke marijuana," the 65-year-old told the Daily News.
Read more: http://www.nydailynews.com
Comments