Warning: date(): It is not safe to rely on the system's timezone settings. You are *required* to use the date.timezone setting or the date_default_timezone_set() function. In case you used any of those methods and you are still getting this warning, you most likely misspelled the timezone identifier. We selected the timezone 'UTC' for now, but please set date.timezone to select your timezone. in /home/thcfinder.com/public_html/includes/functions.php on line 98
 Florida Couple Smuggles 11 Pounds Of Bud...On Accident? | Odd THC Finder 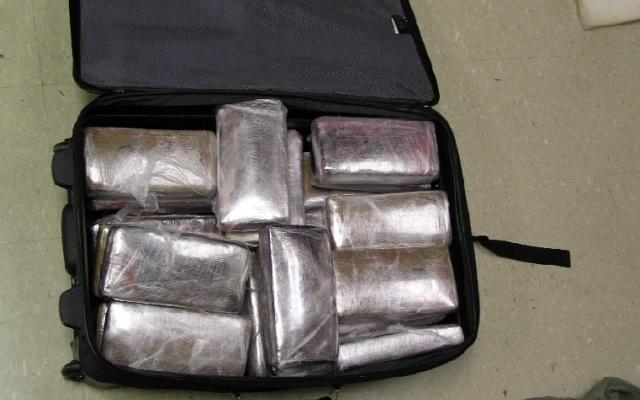 Smuggling marijuana takes a lot of thought and skill. Getting caught is always the last option on the list. So how does a Florida couple manage to smuggle 11 pounds of pot in their luggage without even knowing that it's there? As unbelievable as it sounds, it happened to a couple from Key Largo. The husband and wife transported the 11 pounds of pot in their suitcases for 900 miles before discovering the green cargo.
The couple rents properties in other states, including a home in Louisiana. One day back in July, a package arrived at the rental home and was found by the housekeeper,. She contacted the owners of the home, who were in Florida at the time. The owners said to send the package back to UPS. But the shipping company sent it back for a second time and the housekeeper put the box inside the rental home.
On a recent vacation trip to the rental home, the couple found the box that had been left there. They opened it, finding it to be a few suitcases. Thinking that the luggage was being returned after a lost trip, the two packed the bags in to their car and began their journey back to Florida. When the two went back to Florida they opened the bags, which had been locked shut, to find that they were full of marijuana. They immediately called the sheriffs office, which in turn led to the weed being confiscated and "destroyed".
As said above, it's ironic that two people who had no idea that they had the pot on them managed to get 900 miles from point A to point B without getting caught. Lucky for them, however, because depending on the state that they were in at the time, it could've been a serious problem for the couple had they been pulled over and searched. Morale of the story? Don't carry strange luggage on long trips if you're unsure of what it contains.
Comments