Warning: date(): It is not safe to rely on the system's timezone settings. You are *required* to use the date.timezone setting or the date_default_timezone_set() function. In case you used any of those methods and you are still getting this warning, you most likely misspelled the timezone identifier. We selected the timezone 'UTC' for now, but please set date.timezone to select your timezone. in /home/thcfinder.com/public_html/includes/functions.php on line 98
 'Stoner sloth': Australia anti-marijuana campaign criticised | Odd THC Finder 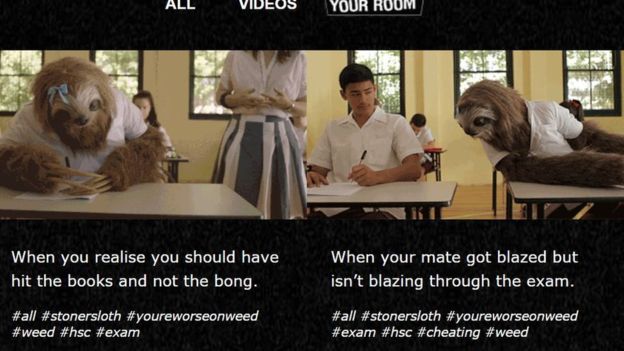 An Australian anti-marijuana campaign that features an intoxicated sloth has drawn expert criticism and online mockery.

The sloth character is shown as unable to cope with various social scenariosafter smoking the drug.

"[This] doesn't reflect NCPIC views on how cannabis harms campaigns should be approached", the organisation said in a statement..