Warning: date(): It is not safe to rely on the system's timezone settings. You are *required* to use the date.timezone setting or the date_default_timezone_set() function. In case you used any of those methods and you are still getting this warning, you most likely misspelled the timezone identifier. We selected the timezone 'UTC' for now, but please set date.timezone to select your timezone. in /home/thcfinder.com/public_html/includes/functions.php on line 98
 Obama gets an F for his stance on Medical Marijuana! | Politics THC Finder

Obama gets an F for his stance on Medical Marijuana!

"While the prevailing public perception is that President Obama has addressed the issue of medical cannabis," the group said, "that perception could not be further from the truth."

The ASA broke its views down into four categories, separately grading each.

President Obama is responsible for new intimidation strategies and more than 100 aggressive criminal enforcement raids in medical cannabis states since taking ofï¬Âï¿½ce in January 2009. By comparison, former President George W. Bush conducted just over 200 such raids during his eight years in ofï¬Âï¿½ce. Since the Justice Department memo was issued in October 2009, the Obama Administration has used federal agencies to execute at least 87 raids, resulting in no fewer than 27 indictments.

Patients are equally, if not more, vulnerable to discrimination at the workplace. Court decisions have upheld such discrimination and, as a result, patients face an uphill battle to achieve rights afforded most others in society.Arizona, Maine, Michigan and Rhode Island have established explicit protections from discrimination on housing and jobs, but such helpful measaures are insufï¬Âï¿½ cient to address a problem that needs federal leadership. According to a statement by HUD, it is the responsibility of local Housing Authorities to “determine, on a case by case basis, the appropriateness of program termination for the use of medical marijuana.” Patients are thus unable to determine whether or not they may use their medication until after they are facing termination.

Over the past three years, several large banks and ï¬Âï¿½nancial institutions have, based on federal law, refused to provide services to medical cannabis businesses that comply with local and state laws. These companies includeCitigroup, Wells Fargo & Company, Bank of America Corporation, and credit card service providers. This has caused hardship for medical cannabis providers who rely on ï¬Âï¿½nancial institutions to handle cash and credit card transactions safely and efï¬Âï¿½ciently.

In addition, the Internal Revenue Service under the Obama Administration has begun audits of state compliant medical cannabis providers, threatening to bankrupt them by denying their deductions and demanding more taxes. Recently, it was revealed that the FDIC is putting pressure on banks to investigate and report medical cannabis businesses and their ï¬Âï¿½nancial transactions. Yet when 15 Congressional representatives demanded the Treasury Department stop threatening banks that provide accounts to medical cannabis patients and providers, the Treasury Department claimed no such pressure had been applied. Banks still say Treasury is responsible, and patients and providers continue to have their accounts closed. 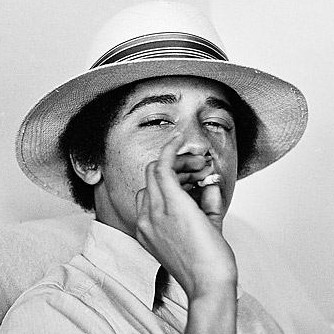